Here's where I'm growing my list of spices and herbs.

As I learn more about each individual spice I'll be adding tid bits of info. I'm sure the list will keep growing.

It's amazing how many (well so far all of them) were originally being used medicinally or for health benefits.

I sure am having fun learning about the health benefits of spices and herbs. Also, experimeting in the kitchen with them and testing out their essential oils too. 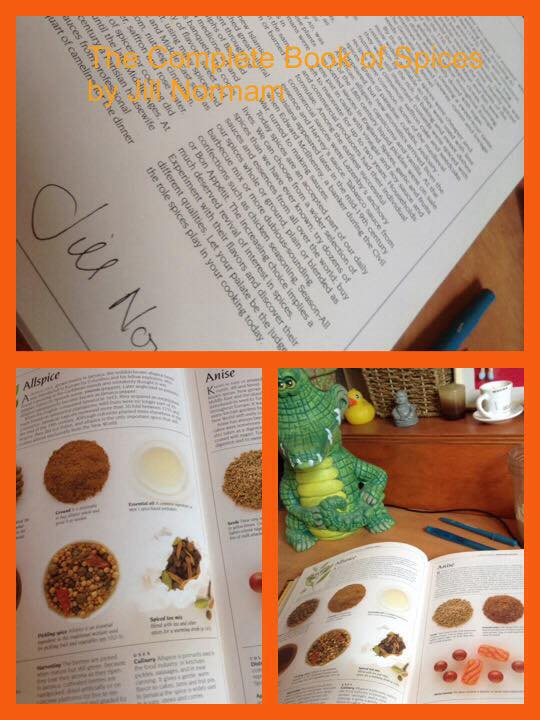 The Complete Book of Spices by Jill Norman available at Amazon.

Allspice: Is a tropical spice which has also been called "Jamaica Pepper" because when Columbus first came across it he thought it was pepper.

It is the dried berry of an evergreen tree found in the Carribean & Central America.

According to folk medicine it can offer relief from intestinal & digestive problems.

Allpsice is used in all kinds of cooking from ketchups and pickles to cakes and stews.

Anise: Also called aniseed and sometimes sweet cumin. It is the seeds from a plant that is related to Fennel and Cumin.

The spice was first brought to Europe from the Middle East and Egypt for medicinal purposes.

The seeds are chewed on to freshen breath.

Anise is used in cooking. Cakes and cookies made with Anise are great digestion aids after a heavy meal. You may recognize the distinct aroma and flavour of Anise in the Greek liquor ouzo.

It's also used as an ingredient in some root beer.

Back to top of List of Spices and Herbs