Fibromyalgia Falling; Oops I did it again

Ever wonder if having fibromyalgia can make you prone to falling? I didn't, well at least at first I didn't. But, I'll get to that in a minute.

It’s been one of those weeks. Or, has it been two?  You know, when you wake up more exhausted than you were the night before.

When you lay in bed desperately seeking one itsy bitsy teensy weensy glimmer of a silver lining and then you find it. You convince yourself that you’ve reached the absolute max exhaustion level humanly possible.

So it stands to reason that tomorrow can only be better, right?

Wrong! Once again Fibro fatigue proves you wrong. You face the new day feeling even more worn-out than the day before.

Well, that’s where I’m at now.

It’s been awhile since I’ve struggled with this big of a fibromyalgia flare up. I’d forgotten just how tough an obstacle the fatigue is. I mean not just once, but over and over again all day long fighting to push through the fatigue.

Having to literally use weak shaky arms to push myself up into a sitting position. Resting there for a bit and then pushing again until I’m standing. Only to end up shuffling back to the couch or bed minutes later.

Finally laying there out of breath, feeling as if I’ve run around the block a time or two.

Which came first the fibromyalgia flare up or the fall?

You know, come to think of it, maybe it’s been three weeks.

Anyway, I banged myself up pretty good in a hard fall two or three weeks ago.

Did you know that studies show that people with fibromyalgia are more prone to falling? I had no idea when I was first diagnosed. I learned pretty quickly that if I was going to remain upright and uninjured I was going to have to move slowly and cautiously.  Like this guy…

Though it sure would have been handy or at least a wee bit less painful if a doctor or rheumatolagist had warned me.

Anyway, in the last few years I’ve had a couple of close calls, but I’d managed to avoid any full on painful fibromyalgia falling. That is until the other day when I jumped straight out of bed and attempted to take off at full speed.

Fibromyalgia falling down and go boom 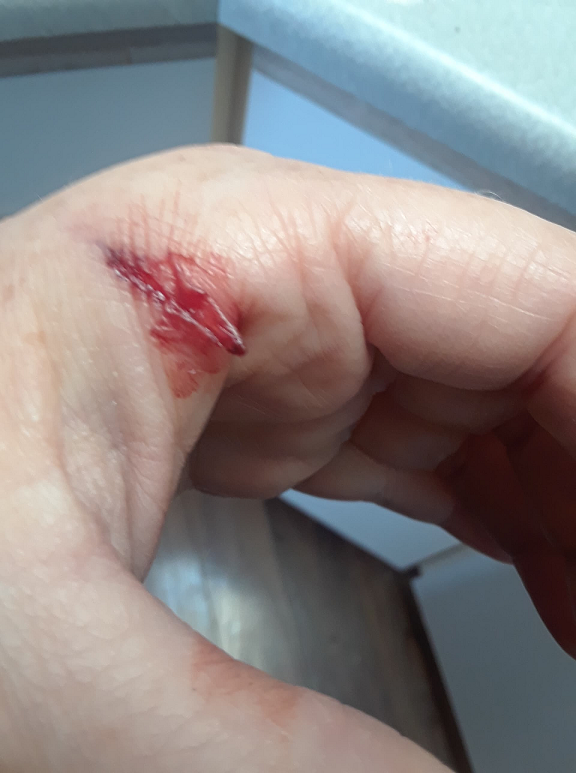 I went flying into my dresser hitting my hand as I fell and continued to smack various parts of my body full force into my bedroom furniture. After what felt like forever I crash landed HARD on the floor.

I lay there winded, confused and kind of shocked as I watched my hand split open and bleed. It was surreal until the pain in my hand registered. Argggggg both of my hands are extreme fibromyalgia trigger points for me.

And so began a new season of “Survivor; Fighting Fibromyalgia Fatigue”.

Is there a silver lining to this fibro falling tale? Of course there is….this flare too shall pass and the bruises have almost healed.

Some of my other Fibromyalgia stories...

Hey There Pleased to Meet You

Fibromyalgia Fatigue in the Morning

You are here: Fibromyalgia Falling